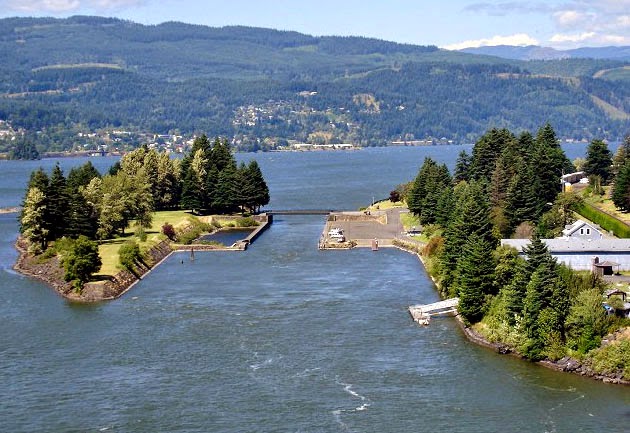 China Fill. Hood River County.
China Fill was created by Chinese laborers in 1889. The fill is on the road below present-day Timberline Lodge where the road grade was as much as 22%. Reference: Hood River Historical Society 1982: 55.

Hood River Restaurant and Golden Rose Lounge. Hood River County.
The restaurant/lounge at 108 2nd Street in the town of Hood River was established in 1955. Then known as the Hood River Café, it was owned by Jack Sang Chin, Charlie Gum, and Gin You. It is one of the oldest Chinese-owned restaurants in that portion of Oregon. Reference: Hood River Historical Society 1982: 453.
References
“Cascade Locks and Canal.” Wikipedia. http://en.wikipedia.org/ Accessed December 8, 2010.