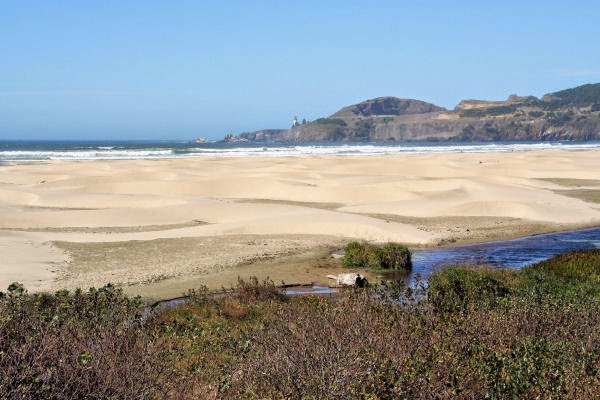 China Bar. Curry County.
China Bar is located on the Rogue River about one half mile above the mouth of Mule Creek. The bar was named for Chow Long who lived in the area. Reference:  U.S.G.S. quadrangle, 7.5’ Series, Kelsey Peak, Oregon, 1998; McArthur and McArthur 2003: 198.

China Peak. Curry County.
China Peak is 2040 feet above sea level on Moon Mountain. It is about nine miles east of the town of Port Oxford. Its shape is roughly that of the peasant hat worn by early Chinese immigrants. Reference: U.S.G.S. quadrangle, 7.5’ series, Mount Butler, Oregon, 1980.